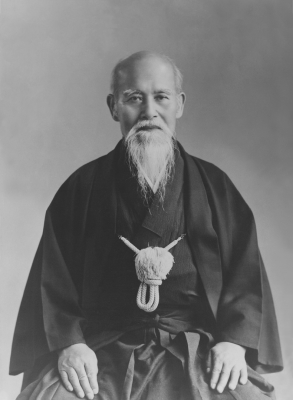 道 DO, way or path

The last character is significant in that it implies a path, or philosophy that one follows in one's life.  Thus Aikido is often translated as "the Way of unifying (with) life energy” or as "the Way of harmonious spirit."

The physical side of Aikido consists of throws and joint techniques similar to jiujutsu and other movements akin to kenjutsu. However, O Sensei felt that his system was unique in that it united mind, body, and spirit of the practitioner in such a way to overcome an opponent without resorting to a clash of arms.

Aikido blends the motion of the attacker and redirects the force of the attack rather than opposing it head-on. O Sensei’s goal was to create an art that practitioners could use to defend themselves while also protecting their attacker from injury.  Aikido requires very little physical strength, as the aikidōka "leads" the attacker's momentum using entering and turning movements. The techniques are completed with various throws or joint locks.

Most styles of Aikido have no competition.  Indeed during practice the attacker, called “uke”, strikes or grabs the defender, called “nage”, two or four times at which point the two persons change roles, i.e., uke becomes nage and vice versa.

Aikido training is intended to promote physical and mental training, according to the proficiency level of each practitioner regardless of age or gender.  Aikido training is not only good for health, but also develops self-confidence useful in daily life. 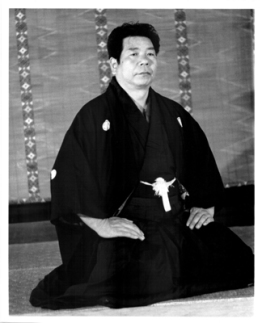 The Iwama form of Aikido was developed and taught by O Sensei in Iwama Japan during and after World War II. In addition to the empty hand or taijutsu techniques, Iwama Aikido incorporates bokken (wooden sword), jo (short staff), and tanto (knife).

Morihiro Saito Sensei was one of O Sensei’s senior students in Iwama and trained with him for 23 years. After the founder's death in 1969 Saito Sensei perpetuated this form of Aikido in Iwama.  Saito Sensei died in 2002 but Iwama Aikido continues to this day.